This year, the Hanfparade is under a special sign. The jubilation of cannabis friends over the promise of legalization in the coalition agreement has long since faded away. The scene laments the ongoing criminal prosecution and loudly calls for an immediate decriminalization of the stimulant as a temporary solution. But the traffic light continues to arrest around 500 cannabis users every day.

On August 13, there will be a showdown at the Hanfparade, Germany’s largest demonstration for the legalization of cannabis as a raw material, medicine and stimulant, when the 10,000 participants and activists expected by the organizers respond to responsible top politicians such as the drug policy spokeswoman for the Bundestag faction of Bündnis 90 /Meet the Greens Mrs. Kirsten Kappert-Gonther.

For the first time in the 26-year history of the Hanfparade, the Federal Drugs Commissioner Burkhard Blienert, an acting member of the government, is answering the certainly numerous critical questions. Not an easy walk for the 56-year-old, whom many cannabis friends see as the culprit for the delayed implementation of the coalition promise. In December, Ampel agreed to “legalize the sale of cannabis products to adults in licensed specialty stores”(1). Last fall, Blienert himself promised “decriminalization within the first 100 days”(2). So far nothing has come of it. Much to the displeasure of millions of German consumers.

“We don’t have any jubilant Persians!” Steffen Geyer, chairman of the meeting, made clear. “Our goal isn’t to make the drug officer have a nice afternoon. We want them to feel the injustice of the hemp ban and take their share of the suffering of those affected home with them.”
However, the Hanfparade is not just about confrontation. Among the two dozen speakers are recreational hemp activists, scientists and cannabis patients as well as hemp processors. In addition, six live performances by musicians liven up the program on the stage at the Rotes Rathaus.
Of course, the traditional parade through the center of Berlin should not be missing at a Hanfparade. The hemp-decorated parade floats lead the demo in a circular route from the Red City Hall past the Reichstag and the Federal Ministry of Health back to Alexanderplatz, where Germany’s most important legalization event continues into the evening hours.
And who knows – maybe next year the linnets will have real reason to celebrate and celebrate a lavish hemp festival.

Contact details:
Steffen Geyer
Chairman of the meeting/press spokesman for the Hanfparade
Phone +491786594399
Email info@hanfparade.de
Event info:
26th Hanfparade – Hemp is for everyone!
08/13/2022 12-10 p.m. (march 3-6 p.m.)
www.Hanfparade.de
The Hanfparade is Germany’s largest demonstration for the legalization of cannabis as a raw material, medicine and luxury food. It has been held once a year in Berlin since 1997. 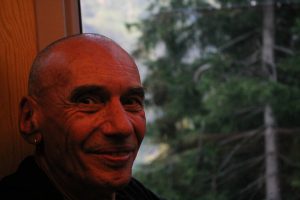 In the time of 8.-10. June 2018 the third Mary Jane hemp fair will happen at ARENA Trepow – Hanfparade will be there! 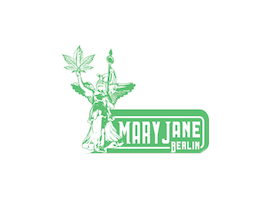 200 national and international exhibitors will be represented at Germany’s largest hemp fair “Mary Jane Berlin” with its 6,500 m² indoor area and 2,000 m² outdoor area. Food stands, live concerts and lectures on therapeutic properties of cannabis complete the fair and give it the character of a festival.

The hemp parade is right in the middle of everything!

There will be candied hemp seeds live, offered for tasting and sale, there will be hemp iced tea for refreshment and you can inform yourself as always about the many uses of hemp. Our stand together with the Hanffaser  Uckermarck for building materials and the Hanf Museum Berlin (Hemp Museum) will be versatile and worth seeing.

We look forward to your visit to our booth!

Hanfparade organisers see themselves and the freedom of assembly massively curtailed by police. Legal action against the authorities decided.

Following the Hanfparade 2011 in Berlin last Saturday, when about 2,700 people demanded the “legalisation of Cannabis as a raw material, medicine and natural stimulant,” the organising association JaKiS e.V. has raised serious allegations against the Berlin police. JaKiS e.V. refuses to accept the accusations from the administrative authority for assemblies (Versammlungsbehörde) that extensive parts of the Hanfparade were “not focused on collective manifestation of opinion” and therefore the overall event is not a gathering in terms of the basic law.

“The truth is that the Forum for Hemp Medicine, Hemp Crop Show, Kinderland and Market of Opportunities which were prohibited by the authorities have immense political importance. They are part of an intensive engagement for the participants and visitors showing the variety of Hemp applications,” said Martin Steldinger, one of the board members of the association.

The organisers of the Hanfparade were shocked at the lack of willingness from the Berlin police to communicate. They point out that their extensive objections were ignored by the assembly authorities and offers of talks, even if they emanated from the solicitor of the association, ran into a void. The JaKiS e.V. explains this by saying the Hanfparade, as in the past 14 years, should have been fully recognised as a demonstration. The head of the Berlin assembly authority Mr Haß included in his negative verdict, quotes from rulings by the Federal Administrative Court which had thereafter been rescinded in 2007.

“We cannot accept the apparent arbitrariness with which the rights to demonstrate in terms of Hanfarade 2011 were broken and bent,” said Martin Steldinger. “The assembly authorities hostile decision, refusal to communicate and attitude of the officials force us to go the legal way and to challenge the assembly authorities decision.” The Hanfparade 2011 represent here on behalf of many demonstrations, their constitutionally protected right to participate in political discourse which is increasingly being eroded.